Eugene Spiegle, or Gene, as his colleagues call him, is the Associate Professor of Professional Practice and Director of Pathways to Partnerships at Rutgers University. The majority of Gene’s life has been spent running projects, with more than 45 working years spanning projects in construction, design, telecom, international security, and more.

After his tenure as the Director of Projects at the United Nations, Gene began working in education at Rutgers University. He has quite literally written the book on project management, authoring “Project Management Guidelines” and “Project Management – The Basics For Success.”

I was fortunate enough to sit down and spend time with veteran project management and operations expert, Eugene Spiegle.

Can you tell me about your career and how it developed over time?

My career is about as wide as it is tall. The majority of my life has been spent running projects. My initial education is in forensic psychology and I spent 13 years in the Navy doing just that.

I left the Navy to start a company to build automated systems and that was the beginning of my project management career. I did that for 21 years, working with customers in the automotive, pharmaceutical, and food industries, to name a few. We were literally solving problems for companies.

What does the Director of Projects role entail at the United Nations?

Primarily, I had a team of eight and we ran projects ranging from two-thousand to two-billion dollars. After 9/11, we put in a whole new security project called SSP, strengthening security project. This included new access controls, a new command center, and other security enhancing technology. It was a comprehensive project that spanned many groups.

You’ve managed a wide breadth of projects. Are there any that have been more challenging than others? Did the same principles apply to each project?

All projects look alike. Many people have a misconception of what project management is. The foundation of a project is the accuracy of the defined objective. If you don’t have a good objective, you’ll never have a good project outcome.

What is the role of leadership in project management?

I personally dislike the word “manager” — I prefer “leader.”

It all comes down to leadership, and the basic foundation of leadership is communication. If you can’t communicate you can’t lead.

There are tools that can help you with communication — certainly, a schedule will help you make projects successful, so you should use a project management platform. When looking for the software to help you be the best leader you can be, search for simplicity. You need to be able to track projects and communicate well. This will enable you to make the decisions a leader needs to make: does something need to change and what are the most effective changes to make?

How do you create trust with customers?

Always be able to support and protect the customer. You can do this by making sure to document everything so that in the future you can point to exactly what happened. This is what you’re doing when you look at and update the tracker. You’re creating accountability so that you can support and protect your customer.

There’s no magic to project management. It’s not a unique business. It’s taking lots of little tasks and doing each one of them on a timely basis.

Each step needs to be measurable and verifiable.

Because you’ve managed so many different kinds of projects, have you become an expert in all the fields, or do the same principles apply to all project types?

It’s not a matter of expertise in anything, it’s a matter of understanding the desired outcome of the project. Most project managers may or may not have some expertise in some area depending on what they do, but it’s not necessary to be successful.

Most project managers are not in anyway experts at everything. You may have a working knowledge of an area, but they don’t need to be experts.

The most important thing to do is to agree to communicate about change, risk, etc. Start with having a common glossary. It’s not magic, it’s just common sense.

There are three parts to all strategic plans: mission, vision, and value. There are no absolute standards to go by, but there are creative standards that leave room for learning how to communicate, manage risk, and take a simple approach.

If you could give advice to new project managers, what would it be?

Learn to be a leader, not a manager. Start by listening and understanding the value of your team — they are the ones making the project move forward, not you.

How can project management improve over the next few years?

This is an old one, but it’s still a good one. This was told to me by a guy I worked with and I just sat there laughing because it was absolutely true. He said, “It probably won’t take me more than fifteen minutes to pull 10 people to a meeting for an hour. If you calculate the cost per hour of those people, it will take you two weeks to make the same amount of money to buy a copier.”

If a copier is more valuable than the meeting, don’t have the meeting. To me, the biggest waste we have in the world is the waste of human resource.

I turned a bakery around in Ohio. All we were doing was putting in a conveying system. The customer had bought an old company building. They gutted it, rebuilt it, and planned to put in a premium bakery. It was just a disaster and they were delayed. I essentially told them they could either put a band-aid on it, which I wouldn’t help them do, or I could take over the project and turn it around. They chose the latter.

The most interesting part of project management as far as I’m concerned is making those hard decisions because that allows you to really understand what has transpired and be able to turn that around. There are three ways you are a project manager:

I think the duty is the exact same across these three ways of becoming a project manager. You know, I think projects are a series of choices and I like to make them. 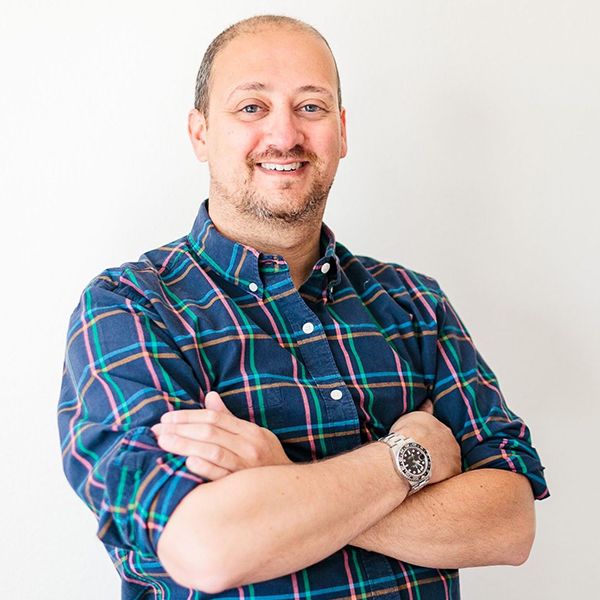